This is where we display poetry and other writing and images contributed by us, NN enthusiasts.
​Do send in some writing or photography of your own. 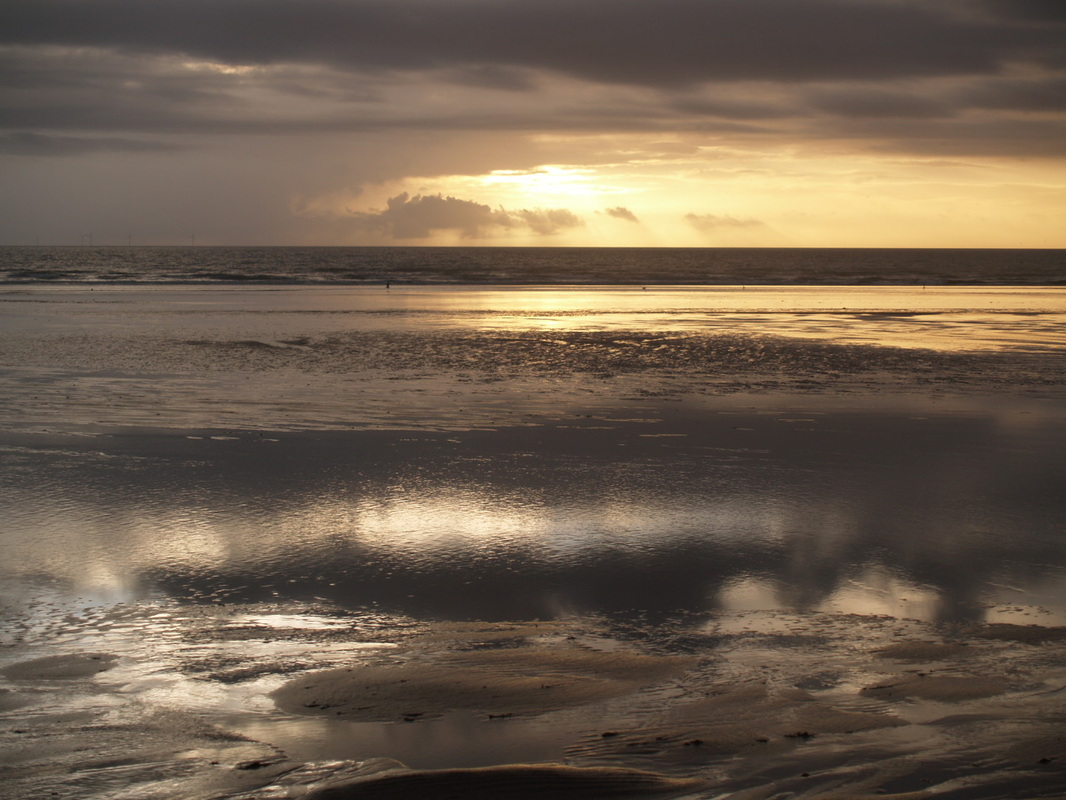 The quick ring-plover shifts and disappears
Like a puddle in the sun, and the stones stay
Perfect and purposeful, acknowledging no way
Other of being than this.
(from Silecroft Shore, pub 1948 in the 'Rock Face' collection)

Art work from four Cumbrian primary and junior schools, inspired by Norman's poetry, went on display at Millom Discovery Centre. Posted July 19 2012, updated July 23 2012
​These two Poetry Posters (below) have been made by Year 5 from St James's Catholic Primary School, Millom. Their teacher is Mr J Cullen who tells us that their poetry was inspired by Nicholson's 'Hodbarrow Flooded' which tells of the death of his Uncle Jack who was a miner. Mr Cullen adds that they used the contrast between the beautiful, scenic Millom of today and the harsh, difficult life of its industrial past to write their own poems.

The class's poems are on display in the Norman Nicholson Room and also collected together in a book so that all the children's writing can be enjoyed by visitors to the Centre.

Students at Millom School created a photographic interpretation of Norman's poem 'Windscale.' The poem  was Norman's response to the serious nuclear accident at the Windscale plant in October 1957. Read more about the accident here and watch part of a 2007 BBC TV investigation here.

The exercise was part of the 'Poetry in Pictures' initiative, designed to prompt local school students to engage with Nicholson's writing and interpret it in a visual way. Coming around the time of the nuclear explosion in Japan the choice of poem had special relevance. The teacher who worked with the pupils, Simone Faulkner, commented on how much they enjoyed the work. The photographs were displayed at the Society's autumn meeting in 2011 and are reproduced here by permission of the school. Link to the school website here.

Cumbria and Lancashire Education Online is a fantastic teaching and learning resource which expands the educational opportunities available to teachers and pupils. As part of the CLEO initiative, at Haverigg Primary School the children study the writings of Norman Nicholson and find new ways of gaining inspiration from his work, guided by staff who include NN Society committee member Sue Dawson and year 6 teacher Chris Powell. Watch and listen to what the new generation of young Cumbrians are producing by clicking here