In the members' area: a theologian's view of Nicholson 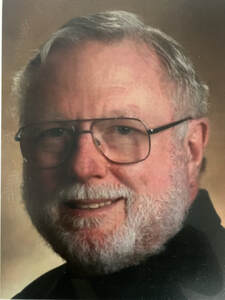 Fr Jerry Walsh. Photo: Steven Springsdorf
Nicholson's early reputation was built largely on his religious poetry; indeed, at the age of 27, in 1941, he was commissioned by Penguin to edit 'An Anthology of Religious Verse, Designed for the Times', published the following year. This aspect of his work is largely undiscussed these days, leaving a gap which the Society's honorary vice-president David Boyd now fills in an article exclusive to members of the Society. David, author of the 2015 biography 'Norman Nicholson, A Literary Life', has been reviewing his correspondence with the late Father Jerry Walsh, Professor of Old Testament Studies at the University of Dallas, Texas. The fascinating outcome is now available in the Members' Area of this website.  If you're a member of the Society and haven't yet registered for access to this exclusive area, the details are HERE.

On display at the Archive Anniversary Fair 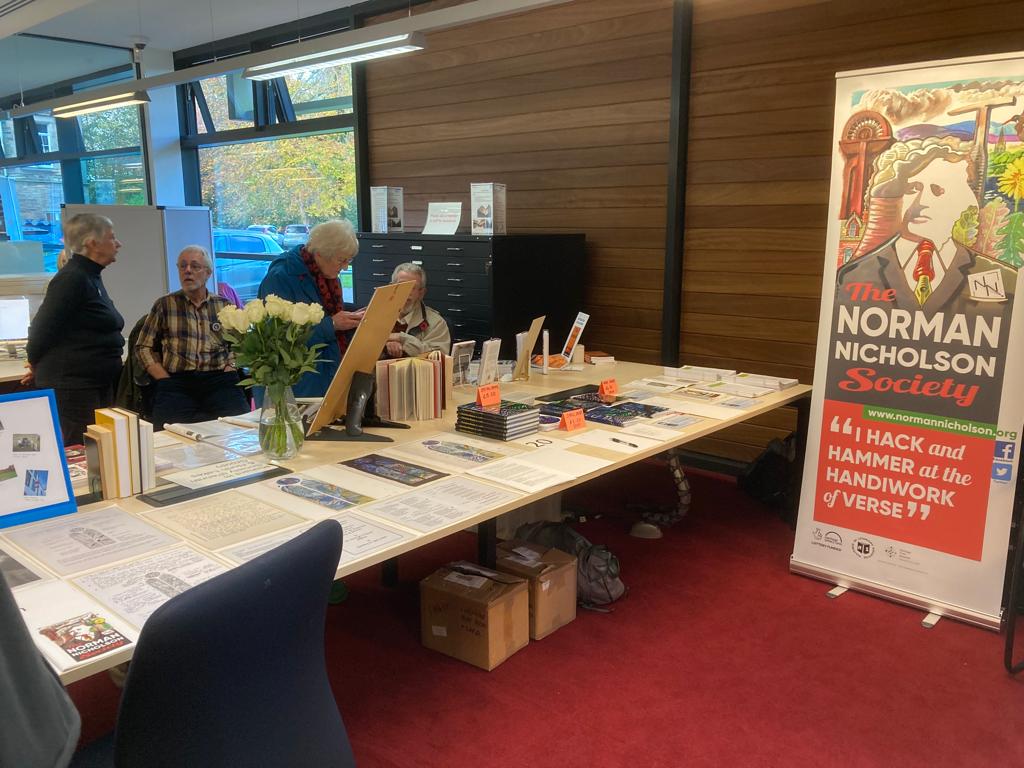 The Society was pleased to put on a display at the Cumbria Archive Service 60th Anniversary History Fair in Carlisle last Saturday (November 12). The Cumbria archivist, Kelda Roe, kindly provided surrogates of some of the Christine Boyce materials deposited there, all preparatory work for her masterpiece, the Norman Nicholson Memorial Window at St George's Church in Millom. They were very striking, particularly the three alternative sketches for the window, which gave visitors the chance to compare them to each other and to the final version. Thank you to Cumbria Archive for the opportunity and to everyone who came to our stall.

A compilation of the catalogue entries for all the Nicholson materials listed in Cumbria Archive Service online catalogue,
as kept in archive centres in Cumbria, is now available in the Members' Area of this website. The list, put together by our committee member and editor of Comet Antoinette Fawcett, contains a surprisingly large number of items - gold dust for anyone engaged in Nicholson research. Access to the Members' Area is free to all members of the Society but you must register in order to access it. Details HERE.

Details of the Society's Christmas lunch have been released and can be found on our Events page, along with booking arrangements. The date is Saturday December 17th and we are very pleased to confirm that we'll be returning to the Netherwood Hotel in Grange-over-Sands.

There's a new addition to the Norman Nicholson Audio Archive. Nicholson's second cousin, Doreen Cornthwaite, has shared her memories of Norman, from her youth in South Africa where she first learned from her father that she had a relative who was 'a poet of sorts' to moving to Cumbria and getting to know Norman and his wife Yvonne very well. She recalls how she discovered that Nicholson's work was being taught in schools in South Africa and also how Norman once said to her, 'When I die no-one will remember me'! You can listen to the audio HERE.

We're sorry to pass on the sad that news David Scott, a long-standing member of the Society, has died, aged 75. David, a priest by calling, served in the ministry in Cumbria, Middlesex and Winchester. He was also a successful poet and became a friend of Norman Nicholson. He was a strong supporter of our activities and events. We send our condolences to his wife Miggy and to all David's family and friends.

Copeland Community Fund is to provide two grants to cover important work on the Norman Nicholson House project. The CCF Enabling Fund has agreed to meet the cost of upgrading the plans for the new-look house by John Coward Architects of Cartmel, and also a complete reassessment of the project's budget which has to be revised in view of rapidly escalating costs across the board. This support is worth a total of £1,718 and is a further sign of support for the project which is part of Millom Town Deal's application to the Government for a multi-million pound grant under the levelling up strategy.

The Nicholson House project was launched by the Society in 2016 and is now being led by the Norman Nicholson House Community Interest Company, set up by the Society in 2020. The project aims to buy and renovate 14 St George's Terrace, and locate in the house a lively museum to celebrate Nicholson's work, en-suite accommodation for a writer-in-residence as well as general tourists, and a good-quality cafe to become a focal point for local people and community groups.

It has received financial support so far from the National Lottery Heritage Fund, Architectural Heritage Fund, Millom Stronger Towns Fund, and a host of individuals who continue to donate to the project's GoFundMe crowdfunding page. The next big landmark will be the Government's decision on the Millom application which is due before the end of the year. 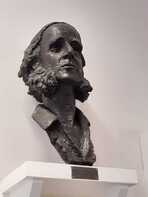 photo: SUE DAWSON
It's a landmark day tomorrow when Millom Library closes in readiness for its move to the former Network Centre adjoining Millom School. The library in St George's Road was an important place throughout Norman Nicholson's life. The secondary school he attended was located within the building; he frequently used it for study and reference; he opened the Folk Museum when it was created in 1974; and a bust of Nicholson by the sculptor Joan Palmer remains in the library to this day. We're pleased to hear that the bust will have a prominent position in the new library which is due to be formally opened next month. 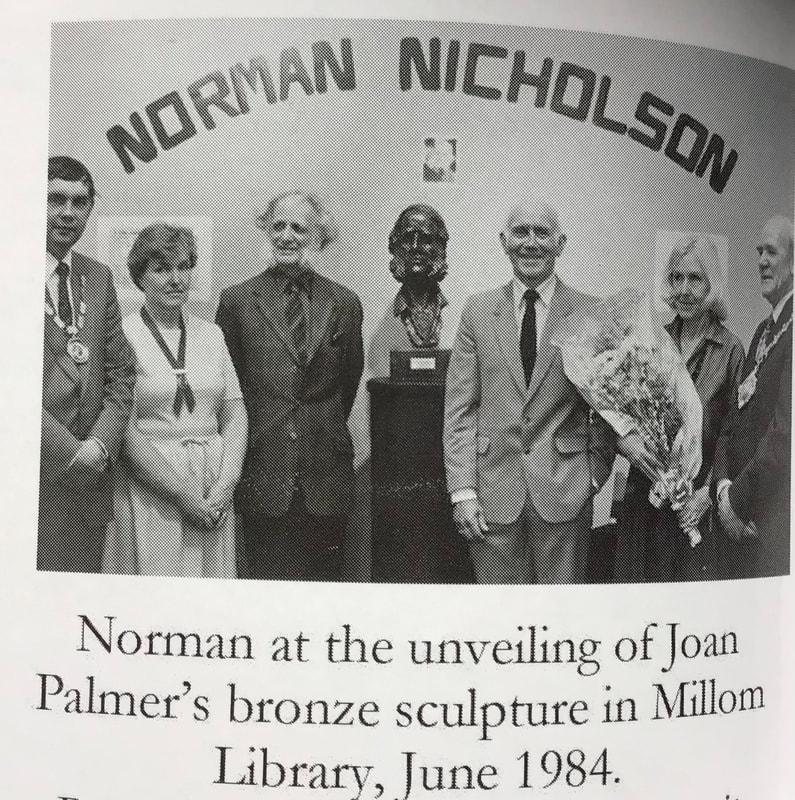 A look at our Heritage Week exhibition

Norman Nicholson's house in St George's Terrace, Millom, came to vibrant life yesterday as we threw the front door open to welcome visitors to our one-off exhibition to celebrate both Nicholson and National Heritage Week. It was wonderful to see people arriving from all over Cumbria and beyond. They included the Acting Mayor of Millom Simone Faulkner, Councillor Emma Ormesher, the Chair of Millom & Haverigg Civic Society Irene Rogan, and also Kate Parry and Tom Speight from Cumbria Heritage and Arts Network. A big thank you to everyone who came and supported the event, and also to those who kindly loaned items for display. Exhibits ranged from Josefina de Vasconcellos' bust of Nicholson to poems published in poster format by the Mid Northumberland Arts Group (MidNAG), to Norman's whisky flask, typewriter and even his favourite recipe! Thanks also to Jonathan Powell for leading a guided walk and our committee members who put it all together.
posted 18/9/22

The Autumn 2022 Newsletter of the Alliance of Literary Societies has been released and is available to all members of the Norman Nicholson Society. It can be found on the Members' Page (login required). If you're a member of the Society and haven't yet registered for access to this exclusive area, the details are HERE. 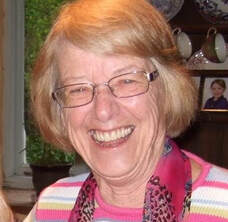 We are very sad to report that our wonderful friend and former committee member Dot Richardson has passed away. Dot was a founding member of the Norman Nicholson Society and served as our treasurer from 2011 to 2017, continuing as a committee member until last year. A lifelong Millom resident she was the daughter of the Millom harbourmaster in the days when Millom had a busy port alongside the mines and the Ironworks. She witnessed all the changes that the town experienced over the decades and knew Norman Nicholson personally. Her cheerfulness and optimism made her a much-loved member of the Society as well as the wider community and she will be hugely missed.

Millom Town Council has re-launched the Norman Nicholson Memorial Fund after an interruption caused by the Covid pandemic.

The Fund is now open to applications for grants to assist anyone from Copeland who is engaged in literary studies or a literary career; or anyone nationwide who is studying Nicholson's work.

The deadline is September 30th.

Very pleasing to see our Norman Nicholson Walking Trails app highlighted in the Guardian! The mention comes in an excellent travel feature written by Phoebe Taplin, describing a visit to the wonderful coastal scenery of West Cumbria and including reference to the app - and, gratefully noted, a link to this website. Read the article HERE. The app launched in March 2021 with funding from Millom Town Deal. Find out how to download the (free) app HERE and explore the locations that inspired Nicholson.
​
posted 28/7/22 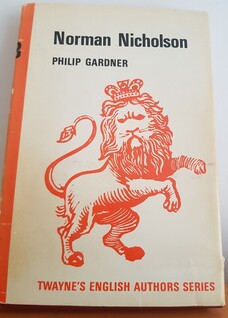 A priceless collection of Nicholson documents has been deposited in the Archive Centre at King's College, Cambridge, by the man who wrote the first full-length study of Nicholson's work, Philip Gardner.  The collection consists predominantly of letters written by Nicholson to Philip Gardner and typescript copies of 12 of Nicholson's poems, some of which are unpublished. The 12 poems by Nicholson, with annotations by Gardner, are: 'Diatoms' 'Birthday Card' 'Christmas Present' 'Scree' 'Christmas Carol for the First Man in the Moon' 'The Seventeenth of the Name' 'The Borehole' 'The Searcher' 'Tromso' 'A Local Preacher's Goodbye' and 'Hard of Hearing'.

Philip Gardner was born in Liverpool and was a school friend of Matt Simpson who himself went on to become a published poet and had a close friendship with Nicholson. Gardner studied at King's College, Cambridge, before gaining a PhD at Liverpool University. In 1964 he joined the English Department at the Memorial University of Newfoundland, Canada, where he was Associate Professor of English at the time his book on Nicholson was published in 1973. He retired in 2001.

Norman and the Queen

Congratulations to Her Majesty on her Jubilee! Which among many other uplifting spin-offs gives us the chance to remember the day in 1977 (another Royal Jubilee year) when Norman visited Buckingham Palace to receive the Queen's Medal for Poetry. 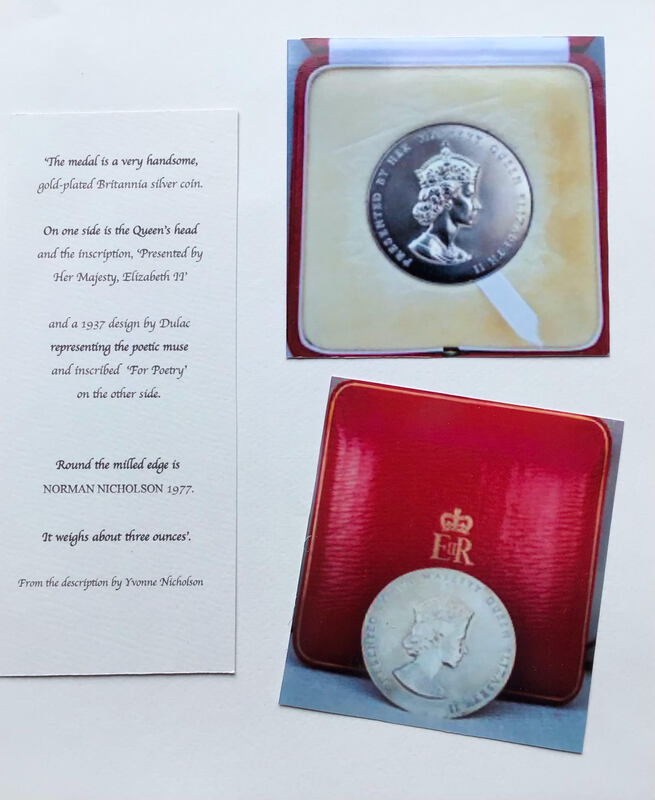 'The day was described by Peggy Troll, writing in Comet in 2016 and drawing on a letter sent by Norman's wife Yvonne to his cousin Doreen Cornthwaite. The Queen's 90th birthday that year had been marked by an event at St George's Church, when Peggy spoke about Norman's award. She wrote in Comet: 'I was able to quote some of Yvonne's description of the day. Sir John Betjeman, then Poet Laureate, escorted Norman and Yvonne with their two nieces, Liz and Sarah, to the Palace. The ceremony, which only Norman and Sir John attended, lasted about fifteen minutes. Yvonne writes, It went marvellously. He (Norman) was very good indeed, Sir John reported. He also told us that before Norman went in, the Queen had read aloud several lines from 'On the Closing of Millom Ironworks', saying she liked them. The Queen kept the copy of 'Stitch and Stone' "to read when I have some time. This has been such a busy year but I have found it encouraging." ' 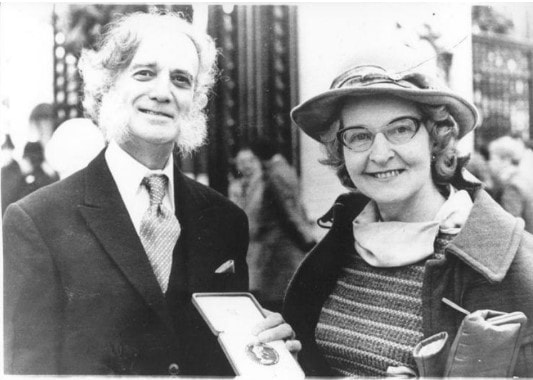 Our project to buy and renovate Norman Nicholson's home in Millom has chalked up a major success thanks to the Architectural Heritage Fund.

The AHF, which works to promote the conservation and sustainable re-use of historic buildings for the benefit of communities across the UK, has awarded the project Crowdfunder Challenge status. This means they will match pound-for-pound all money raised by Nicholson House’s online crowdfunding campaign.

Chair of Norman Nicholson House Charlie Lambert said: ‘This is wonderful news, especially because the AHF are backdating this award so that all the money we’ve raised so far has doubled overnight. Our GoFundMe campaign has just hit its initial target of £10,000 and we will now extend that target, knowing that every donation immediately becomes worth twice as much’.

It means that the project has now secured over £126,000 from a range of sources towards its aim to turn the house in St George’s Terrace into a place that will make a lively contribution to the community, as well as celebrating the life and work of the poet. Charlie said: ‘We are well on our way, but we are still talking to funding organisations because this is a sizeable and ambitious project.’

Donate through the Crowdfunder campaign – and your money will immediately be doubled by the Architectural Heritage Fund.  Find out more about project to buy and renovate the house at www.normannicholsonhouse.co.uk 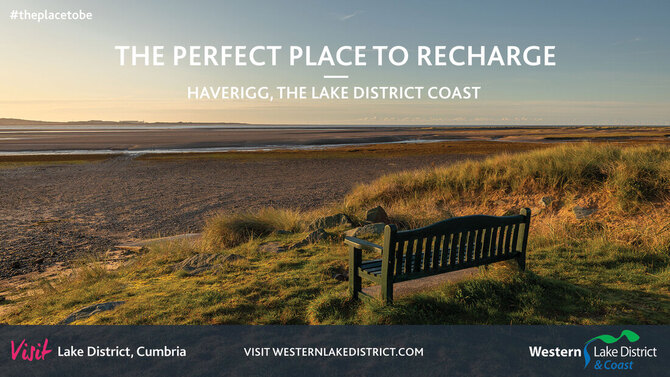