1.Name
The association’s name is The Norman Nicholson Society; in this document it is called the Society.

2. Base
The Society has its base in Millom, Cumbria, although its scope extends beyond Millom into the local, the regional, the national and the international.

3. Objects and Aims
The Society shall seek to educate the public in, and promote research into, the life and works of Norman Nicholson by all the ways that the Society believes would have met with his approval; and in furtherance of these objects the Society will have the following aims:

6. Annual General Meetings
i The Society shall hold an Annual General Meeting at which the Chair, Secretary, Treasurer and Membership Secretary will present their reports for the previous year. Other reports will be presented as appropriate and necessary.
ii At least twenty-eight days’ notice of the meeting will be given to each member. Notice will be given in writing, either electronically or by letter.
iii Ten members shall constitute a quorum.
iv The size of the Annual Membership Fee shall be fixed at the Annual General Meeting.
v The Annual General Meeting shall elect Officers of the Society in accordance with Clause 4 of this Constitution.
vi With the exception of those matters detailed in sub-clauses 8.4 iii and 8.4 iv, voting will be by simple majority. In cases of equality of the outcome of the voting, the Chair of the Society, or the Chair’s Representative, appointed from the Society’s Officers, has a casting vote in addition to his or her own vote.

8. Membership
8.1  Becoming a Member
i Membership is open to all who support the objects and aims of the Society. Such persons or institutions may become members of the Society on payment of the annual subscription at the prevailing rate.
ii There are four categories of membership: Single (adult); Joint (two adults at the same address); Youth (up to the age of 25); Institutional.
iii Membership begins as soon as the membership form and first annual payment are received.
iv Membership is renewable by the 1st April each year.
8.2  Membership
i All Members shall be bound by the Aims and Objects of the Society.
ii The Committee has the power to exclude members or to refuse membership, but this must be the unanimous decision of the Committee. The decision shall be communicated in writing, by the Secretary. The excluded person shall have the right of appeal to the next Annual General Meeting.
iii A list of all members and their contact details will be kept by the Membership Secretary. These details may be shared with other members of the Committee when necessary and appropriate. The information on Individual Members may, however, only be made available to other Members with the express permission of those Individual Members – in line with the Data Protection Act 1998.
iv Each member is entitled to receive the Society’s Newsletter free of charge.
8.3 Ceasing to be a Member
i Members may resign at any time in writing to the Membership Secretary.
ii Any Membership Fee paid before the time of resignation shall not be repaid to the Member.
iii Members who have fallen behind with their Membership Fees for more than one year will no longer be entitled to vote at Annual General Meetings or at Extraordinary General Meetings.
iv Members whose Membership Fees are in arrears by more than one year may continue to receive news and information about the Society at the discretion of the Membership Secretary. They will not, however, be regarded as full Voting Members of the Society.
8.4 Honorary Membership
i The Society shall appoint a Patron, or President, whose Patronage shall be lifelong or until such time that the Patron resigns from his or her appointment.
ii The Committee may also appoint Honorary Vice-Presidents and Honorary Life Members at its discretion. These appointments are also lifelong, or until such time that they resign from their appointment, or if their membership is rescinded at an Annual General Meeting.
iii Members may also propose the election of Honorary Members; this must take place at a General Meeting of the Society, and a two-thirds majority of those present shall be necessary.
iv The rescinding of all types of Honorary Membership may, in accordance with Clause 8.4 ii, only take place at an Annual General Meeting, and a two-thirds majority of those present shall be necessary.

9. Equality of Access and Opportunity
i The Norman Nicholson Society will not discriminate against anyone on the grounds of gender, race, colour, ethnic or national origin, sexuality, disability, religious or political belief, marital status or age.
ii Every effort will therefore be made to ensure that events and activities organized by the Society are equally accessible, with alternative activities being offered where feasible.

10. Safeguarding
From time to time the activities of the Society, in accordance with its objects and aims, may require members of the Society and / or of its Committee to be in contact with children or vulnerable adults. In such cases, the Society shall ensure that safeguarding procedures are followed.

12. Amendments to the Constitution
The Constitution may be amended at any General Meeting of the Society, provided that at least twenty-eight days’ notice is given in writing, and the nature of the amendment is described in such notice.

13. Finances
i An account will be maintained on behalf of the Society at a bank agreed by the Committee.
ii Three cheque signatories will be nominated by the Committee (one of whom must be the Treasurer). Any two of these must sign every cheque. The signatories must not be related nor be members of the same household.
iii Records of income and expenditures will be maintained by the Treasurer and a financial statement will be given at each Annual General Meeting.
iv Money raised by or on behalf of the Society shall be used to further the objects and aims of the Society, as specified in Clause 3 of this Constitution. 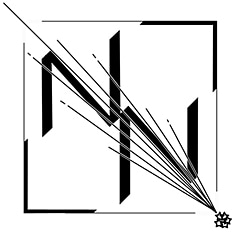