The festival began with a lively and cheerful gathering in the upstairs bar of the Clock Tower, just around the corner of Nicholson's house, on the evening of Friday June 28th. This was a chance for everyone to meet up and catch up. There were no formalities apart from a brief speech by Geoff Cox, updating us on his new production The Price of Land which will be touring in the autumn. Saturday, with fine weather over this part of Cumbria, began with the Creative Writing group assembling at Nicholson's house, 14 St George's Terrace, where they were guided by Antoinette Fawcett and Patrick Wright through a session which also took in a visit to St George's Church. The festival was formally opened at Millom Network Centre where Sean O'Brien delighted the audience with stories of his affinity to Nicholson's work and his discovery that Millom was a real place! Sean read a number of his own poems which chimed with Nicholson's sense of place and particularly praised the 'rich texture of feelings and memories' displayed in Nicholson's autobiographical prose work Wednesday Early Closing.
​(continues below)
Some images from day one of the festival
(click on each image to view full-size)
​Pictures: BRIAN WHALLEY, CHARLIE LAMBERT, CHRIS LEA 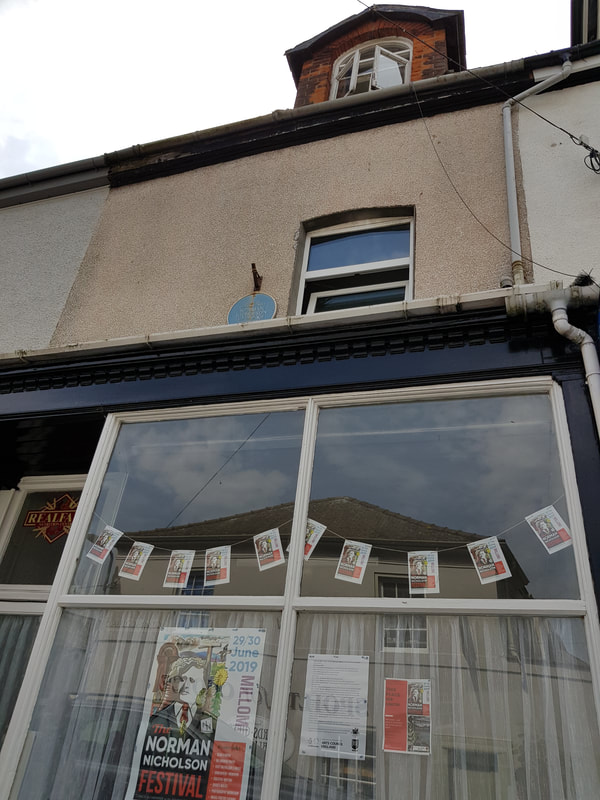 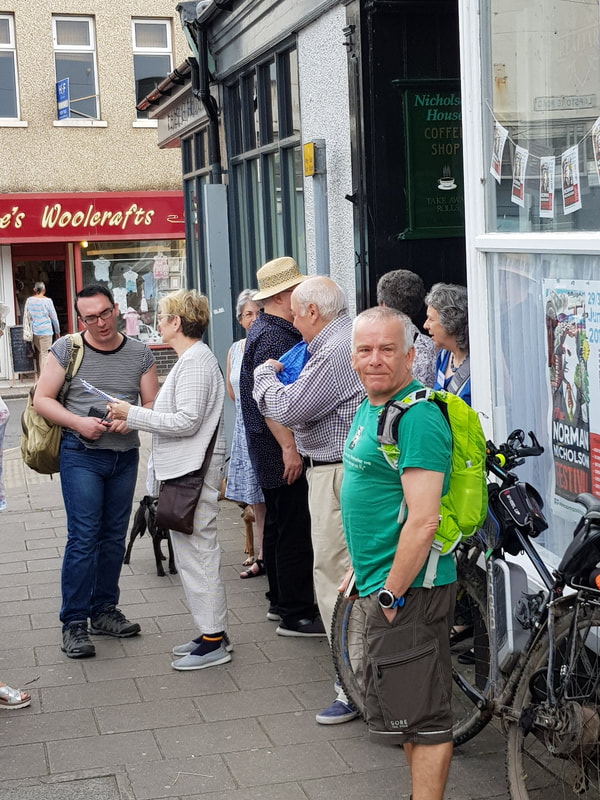 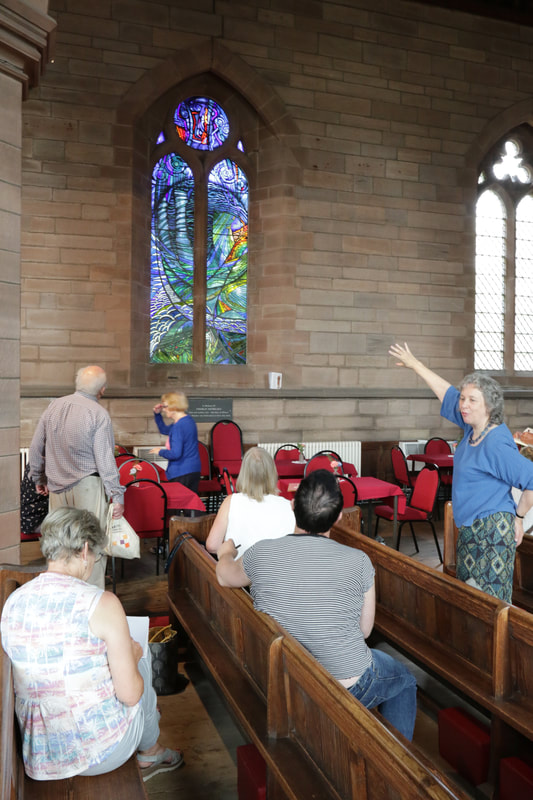 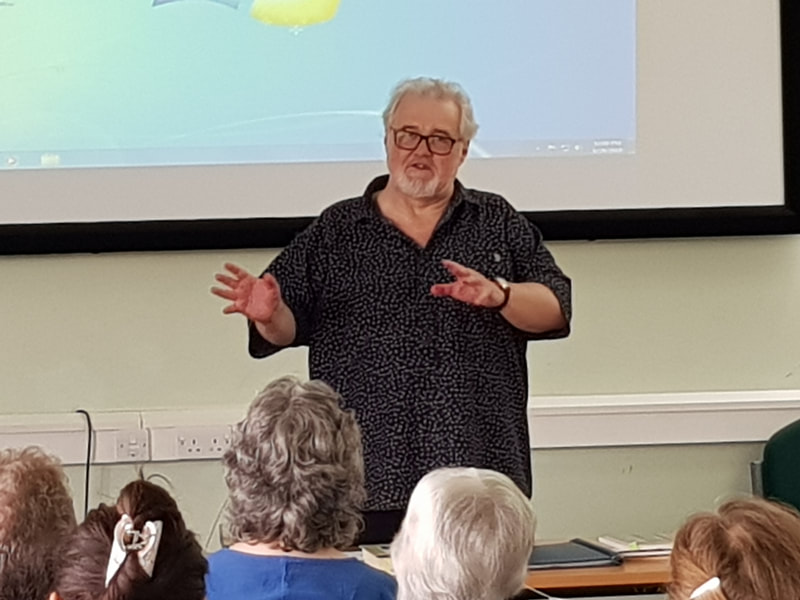 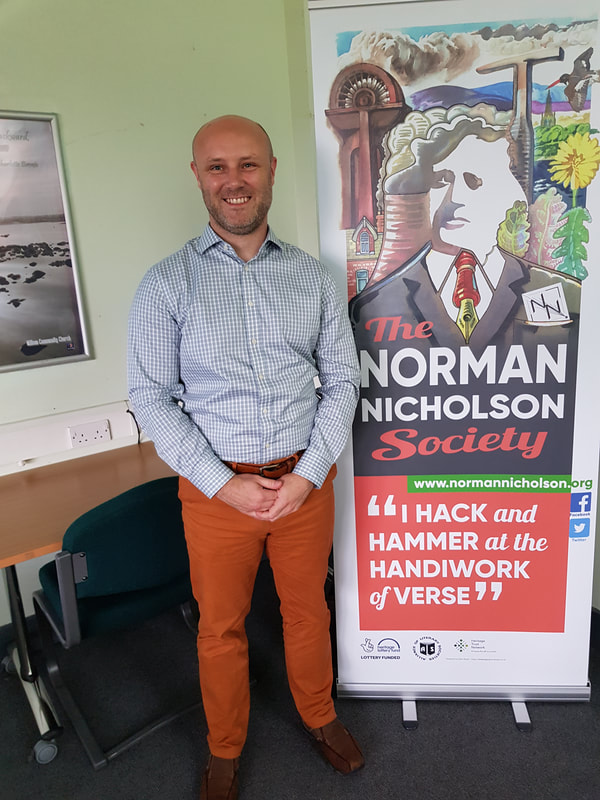 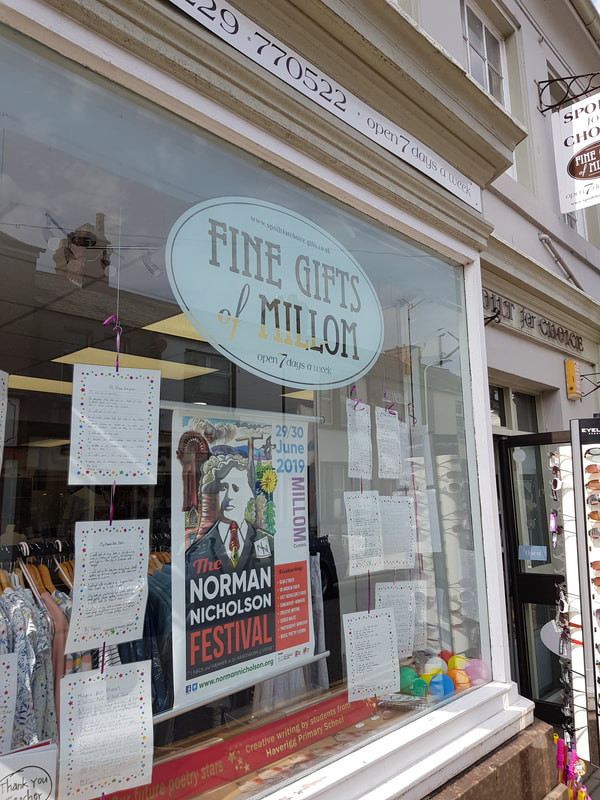 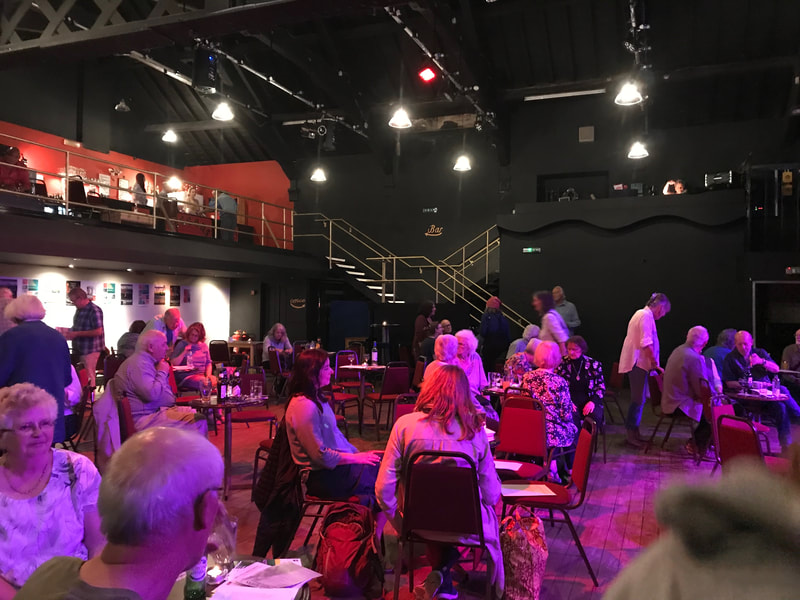 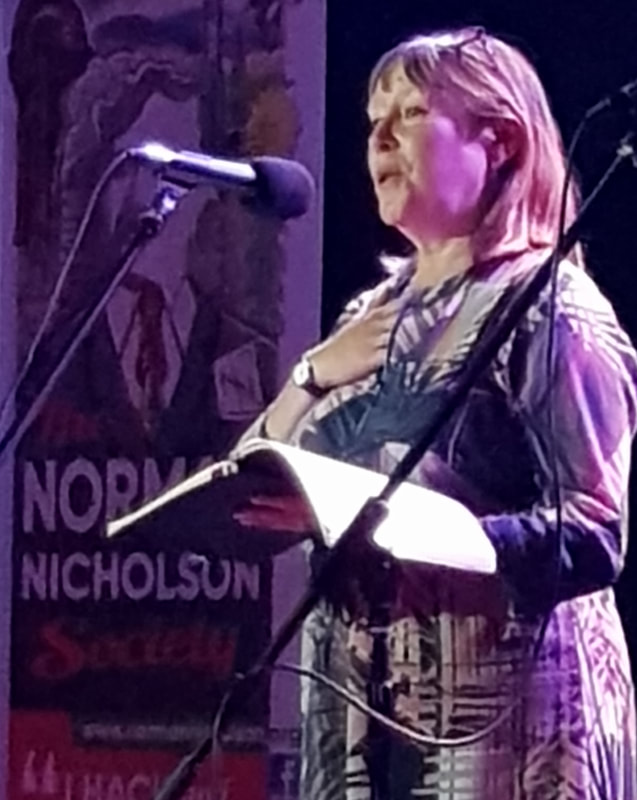 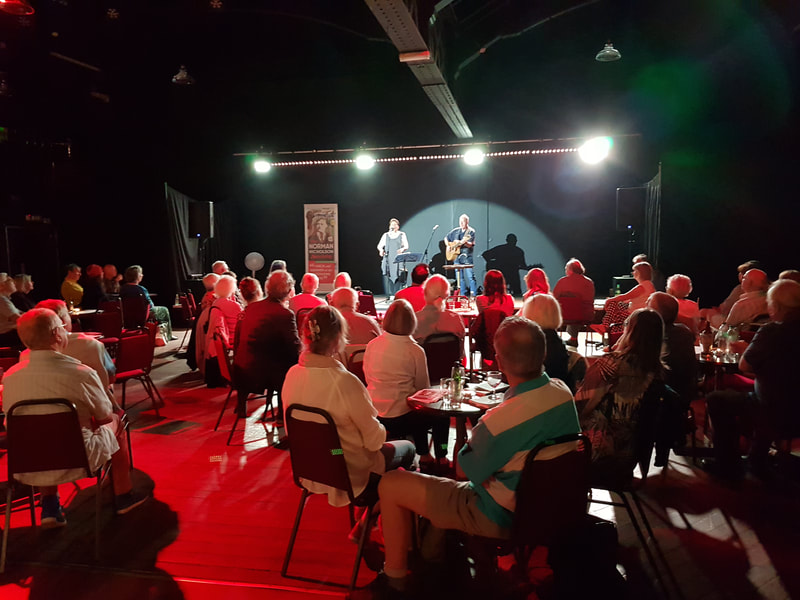 In the afternoon Dr Andrew Frayn spoke about his view of Nicholson's work and speculated what the content might have been had Nicholson completed an unfinished and unpublished poem entitled Millom in the 21st Century, which, said Andrew, had been intended for the 1981 collection Sea to the West, but only contained the first three lines. Andrew then led a discussion of six Nicholson poems, while those who preferred to stretch their legs joined Blue Badge guide Tom McCafferty for a walk to significant locations around the town. At 5pm the creative writing group reassembled at the church to complete their work, although that was not the final conclusion as the group remains in touch, developing ideas further. In the evening we enjoyed some of the best Cumbrian contemporary poetry with poets from the anthology This Place I Know, and the music of the Demix, at the Beggar's Theatre.
​(continues below)
Tribute to Peggy Troll. Charlie Lambert reads Peggy's poem ​St George's Church
Video: CHRIS LEA
On Sunday, 14 St George's Terrace hosted three guided tours led by Sue Dawson, which gave us the chance to soak up some of the history and view the home environment which had such an influence on Norman. An audio recording of Norman reading The Pot Geranium in the very room where he wrote the poem was a very moving experience. At the Network Centre, Harriet and Rob Fraser gave a fascinating presentation about 'Somewhere-Nowhere', a project which combines writing and photography with an urge to explore the landscape in a mindful and reflective way, making 'somewhere' out of 'nowhere'. This was followed by a stimulating workshop for all who wished to join in, while others joined Tom McCafferty on the second of his walks. The festival ended with a summary of the whole weekend by the Society's vice-president Kathleen Jones.
​
Images from Day Two
Pictures: Charlie Lambert 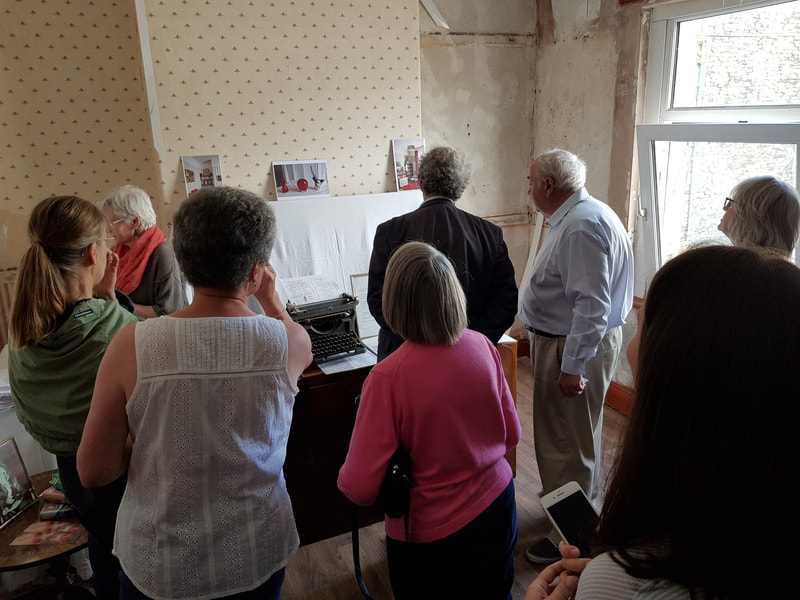 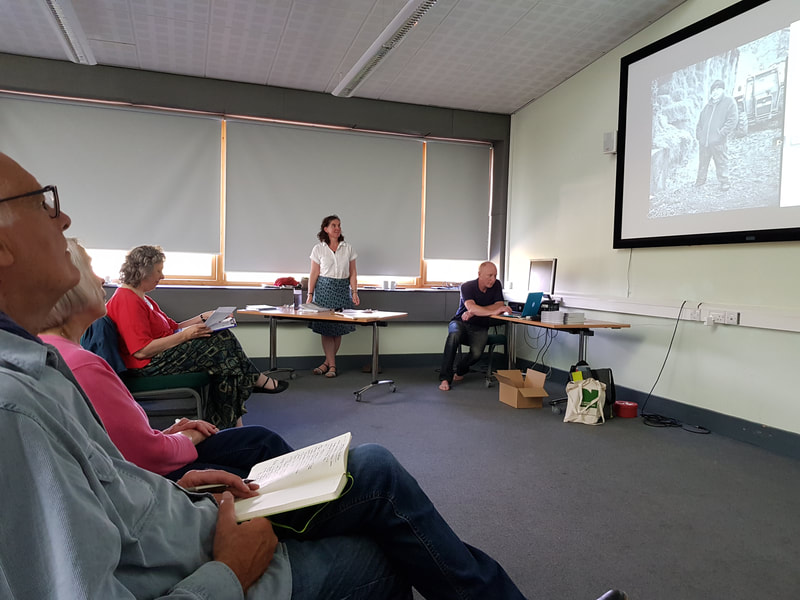 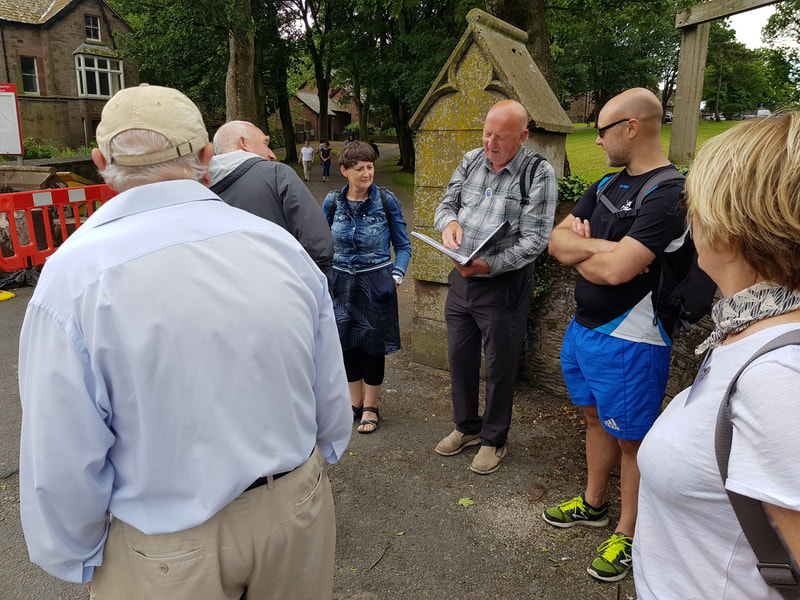 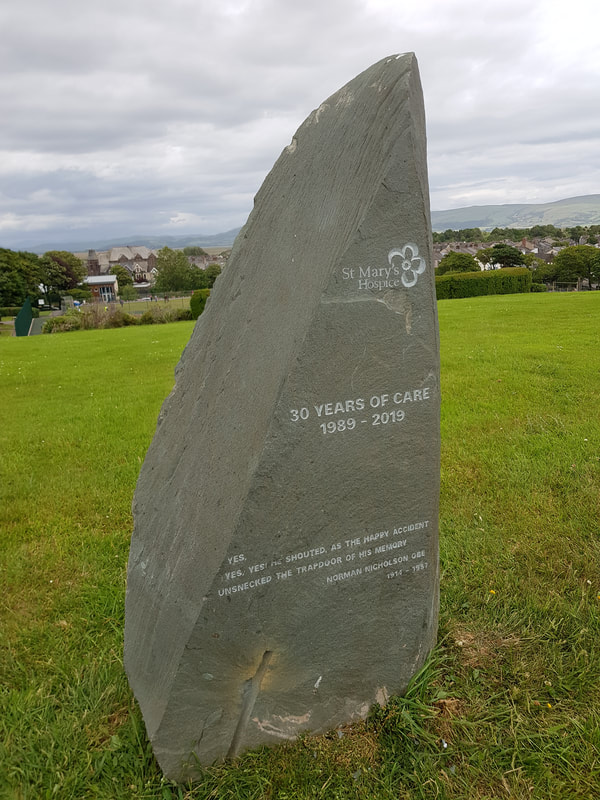 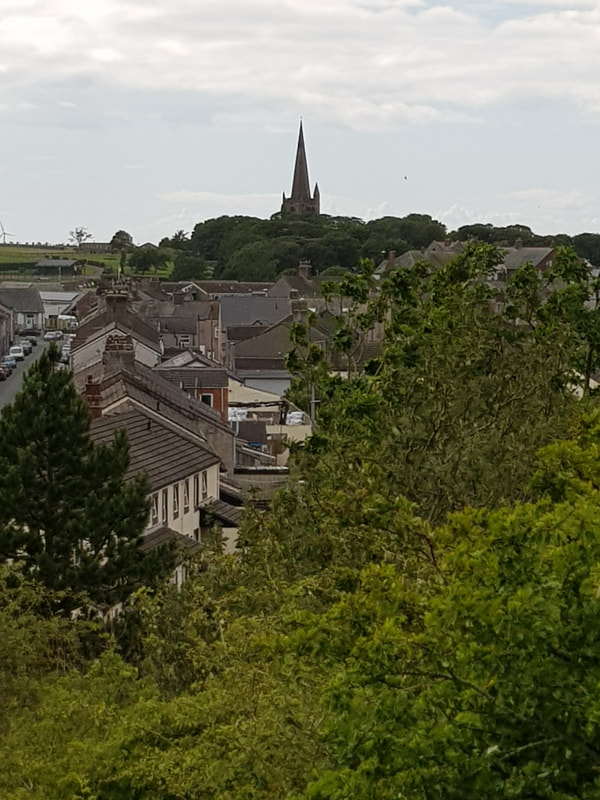 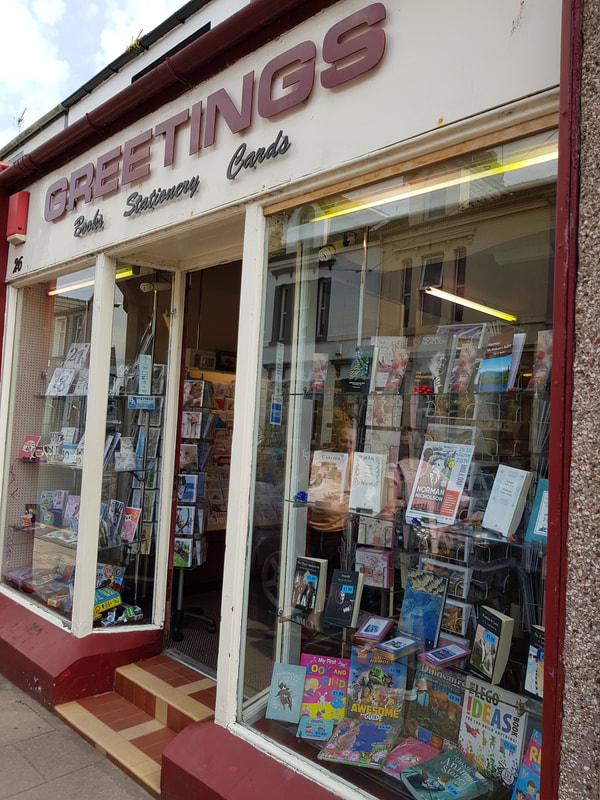